Violence Once Removed: War Through the Languid Filter of Bored Academia 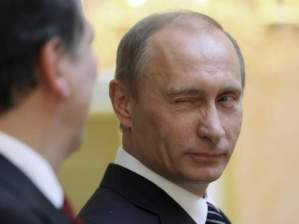 Uncle Volodya says, “We measure everything by ourselves with almost a necessary conceit.”

Mark Galeotti is Professor of Global Affairs at the Center for Global Affairs at New York University.  Touted as a “Russia Expert”, he is also a regular feature of Brian Whitmore’s podcasts for Radio Free Europe/Radio Liberty (RFE/RL), as well as the author of many books on Transnational Crime and Russian Security affairs. He also maintains the blog, “In Moscow’s Shadows“, which is usually a very good reference for  new legislation and legislative amendments under consideration in the Russian Federation. He comes educationally well-credentialed – sufficiently so to put PHD after his name – and generally stands in welcome contrast to “Russia Experts” like Edward Lucas, who is actually an expert on licking all the Baltic States from one end to the other in delirious adoration, and who has a head like a roasted nut. For overall density and useful application, I mean; not for appearance.

However, since he began guesting as an expert on RFE/RL’s podcasts, Mr. Galeotti has become…somewhat full of himself. Perhaps this owes its manifestations to the sycophantic gobbling of host Brian Whitmore, but whatever the reason, it is encouraging Mr. Galeotti to branch out into areas he formerly stayed mostly away from, and it would be difficult to reach any conclusion but that he now considers himself an authority on everything to do with Russia.

Consider, for example, the recent downing of a Russia Federation Air Force SU-24 fighter-bomber by F-16’s of the Turkish Air Force, in the vicinity of Turkey’s border with Syria. To the rhetorical question as to whether this is a big deal or not, his self response is – yawn – probably not. A certain amount of “sound and fury” can be expected – because we all know autocratic governments have to posture and show off on the world stage to convince their cowed subjects that they are doing something – but in the long run it is a fairly meaningless incident, and World War Three is not about to break out. In that last prediction, I am in complete agreement.

What I have a problem with is the Solomonesque assumption that Russia quite probably did violate Turkish airspace, or at least “it certainly wouldn’t surprise him” . He appears to base this on “Moscow’s willingness to cross into NATO airspace in the past”.

I suspect we can blame that on the lurid wordsmithing of the popular press – especially in his native country, where you can apparently be a journalist with the least number of measurable vital signs in the Free World – which has become admirably expert at implying Russian aircraft have violated NATO airspace when they have instead “approached” it  or “passed close to it”. Occasionally they resort to comedic lengths above and beyond the call of fantastic invention, like the report – personally cited by the NATO Secretary-General – that a Russian Ilyushin 20 aircraft passed within 300 meters of a Scandinavian Airlines aircraft taking off from Copenhagen airport. Checking reveals the actual position given is 50 miles southeast of Malmo, and more than 70 miles away from Copenhagen. But that’s how nutty memes get started. Russia’s international air safety record is considerably better than that of either the UK or USA, if measured by number of aircraft accidents.

Well, never mind – perhaps the stricken fighter-bomber blundered into Turkish airspace because it was “setting up an attack run on a rebel convoy or facility on the Turkish border.” At 6000 meters, more than halfway to the limit of its service ceiling? Ha, ha.

“Moscow may well have been assuming the Turks would be as restrained as other NATO members, which was an undoubted mistake”. Uh huh; other NATO members like the USA, whose Senators, Presidential hopefuls and all-purpose lunatics have been arguing for more than a month that somebody needs to be shooting down some Russian aircraft – the very model, if I may say so, of restraint. Apparently there is some kind of communication jamming barrier between Washington and New York that no media reports can pass.

“…[G]enerally the Kremlin has shown little signs of seeing in Ankara a serious ally, partner or player, even in the days when Putin and Erdogan were getting along.” Mmm hmm; except for offering to make it the gas hub for European deliveries and give it a generous national discount, resulting in annual revenues topping $2 Billion from transit fees alone plus the profit realized from selling gas received at a discount. The EU seemed to think that was quite a significant – not to say serious – favour to bestow, when it was the EU’s idea. 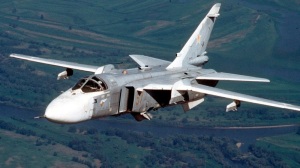 Mr. Galeotti suggests that some NATO powers are a little leery of Turkey’s social-hand-grenade personality, and that Moscow will be unwilling to let this escalate – if Turkey offers even a pretense of remorse, this will be blared to the Russian press as success in forcing them to back down, and offered to the public as a sop in exchange for not escalating this situation further. This is a very sensible analysis, or would be under ordinary circumstances – but it fails to take into account the underlying reason for Russian grimness over this incident. The Turkmen on the Syrian side of the border, who enjoy Erdogan’s protection and intervention, machine-gunned the Russian fighter’s pilot and navigator while they were hanging in their parachutes, falling from the sky. Is that a war crime? You bet it is.

Article 42 of Additional Protocol 1 of the Geneva Conventions (1977), ‘Occupants of aircraft’, states the following:

Now let’s turn to the matter of warnings, which the Turks say they passed to the aircraft not less than 10 times in 5 minutes before engaging it with a Mk-120 AMRAAM (Advanced Medium-Range Air To Air Missile). The Turks have since stipulated the aircraft was inside Turkish airspace for 17 seconds.

First, you do not pass warnings to an aircraft that is not doing anything wrong. Except – allegedly – for those 17 seconds, the Russian fighter was in Syrian airspace by invitation of the Syrian government. Second, Turkey has assumed for itself 5 additional miles of airspace, extending into Syria, and aircraft flying within 5 miles of the Turkish border are considered by Turkey to be in its airspace. This has been so since 2012, when Syria shot down a Turkish F-4 in its airspace; there is no legal precedent for it, no basis in law and Turkey has no legal right to enforce it.

How did you do? Guess what? Turkey is lying its swarthy face off. Naturally the parameters of what constitutes a short incursion into defended airspace change depending on what country is doing it, because a very angry Prime Minister Erdogan grated in 2012, on the occasion of one of his aircraft getting shot down for being in Syrian airspace, “A short-term border violation can never be a pretext for an attack.”

Fourth; the AM-120 AMRAAM has a maximum range of 30 miles. By the time they fired at the Russian plane, the Turks were still claiming its identity was “unknown”, and even as it went down they claimed not to know to whom it belonged. Does that sound like anyone you want for a military ally? Somebody who shoots at an aircraft he can’t see or identify when it is not attacking him? How did they even know it was a military aircraft?

In spite of that, although all those things could have been known in about as much time as it would take to say them out loud, if anyone asked…the official response from Washington was that Turkey has a right to defend its territory and its air space, and President Obama blamed the incident on “an ongoing problem with Russian operations near the Turkish border.” This knee-jerk defense of a lying shitbag like Erdogan is why Russians are grim and filled with resolve.

“I would expect some uptick in ‘mischief’ – perhaps some support for the Kurds or other violent extreme movements, for example – as well as a more assiduous campaign to push back and stymie Turkish regional ambitions.

To say nothing of the fact that you can’t get too much more violent or extreme than a group which will shoot a helpless pilot in a parachute, I would expect quite a bit more than that. Every bombing mission will now be escorted by a Combat Air Patrol (CAP) of some of the best air-superiority fighters in the world. A Russian heavy cruiser with an extremely capable air-defense system is moving into station near the coast; this vessel can also function as a secondary air command center. And Russia has announced it will deploy the S-400 ground-based air defense missile system to the vicinity of Latakia. With a range of 250 miles and excellent multi-target capabilities, a pair of Turkish aircraft that pulled the stunt they just did could be smashed out of the sky while they were on final approach at Incirlik. The ante done been upped.

But the part that disappointed me most was the final paragraph.

“It’s often said, with good reason, that Putin really wants a return to 19th century geopolitics, when might made right and realpolitik was all. Let’s not forget that one of the defining 19th century conflicts was that between Russia and the Ottoman Empire, which were sometimes openly at war, sometimes ostensibly at peace, but never anything than enemies. Here we go again.”

Got that? It’s Putin who is destabilizing the world, who wants a return to might makes right. Not the NATO alliance, which backed the regional actor who openly supports ISIS. The guy who stoutly declares his right to come to the aid of fellow Turks in the neighbouring country, although when Putin mentioned defending fellow ethnic Russians in Ukraine from a government which referred to them as sub-humans and announced its intention to wipe them out, it brought a scream of rage from NATO. Mark Galeotti came down on the side of the United States, a country in which the last President who did not start a war was Gerald Ford. Who believes in might makes right? I’ll tell you. The country that made famous the quote, “What’s the point of having this superb military you’re always talking about if we can’t use it?” The same speaker who also thought that a half-million dead Iraqi children as a result of American sanctions was “worth it“. The greatest and bloodiest warmonger of our age.

I see that Mr. Galeotti – prolific writer that he is – has since come out with another post which walks back his condemnation of Russia somewhat, or at least is a little more suspicious of Turkey’s impossible allegations, albeit he does stoop to the shooting-fish-in-a-barrel ease of using chronic simpleton Pavel Felgenhauer as a foil to make his point. All those considered, he does stipulate that Lavrov likely does have a valid argument, and the Turks were probably lying in ambush for a Russian plane.

Too late for me, though.

*As always, I am indebted to my readers and commenters for links and references which support this post.

1,417 Responses to Violence Once Removed: War Through the Languid Filter of Bored Academia